Related to the image you have of yourself is the philosophy that guides your life.  This refers to the core beliefs you have as the bedrock on which you build your life.  But these are personal beliefs.  This is only partly to do with any commonly accepted beliefs held nationally or by your local, religious or ethnic community.  Did you realise you had some?  Many people, especially in cosmopolitan Britain, are not aware of these or of how significant they are in making you the person you are.  See what you recognise in this story.

Harriet was a successful business woman, happily married and enjoying life to the full.  The only cloud in her life was her nephew, aged 12, who had kidney failure and was on dialysis while waiting for a kidney transplant.  She did not understand what was wrong and did not really want to know for sickness was frightening as she would not be in control.  She thought her sister and husband were coping fine and that was enough.  One day her sister and her husband approached her apologetically.  The options were running out for their son; a transplant was desperately needed so would she consider having tests to see if she was suitable as a donor?  Harriet was horrified.  She hated hospitals, the idea of an operation to remove one of her kidneys would mess up her life, her own health could be compromised, perhaps she would die!  Family holidays were booked, her business needed her – and so it went on.  It was tough on her sister but how could she risk her own life and even hurt her own children for the sake of her nephew?  She was clear.  No!  Absolutely not.  In no circumstances.  Her sister and her husband were distraught.  They left broken hearted but accepting her decision.  It had been a big ask.

Harriet could not get her nephew out of her mind.  She was distracted in her business meetings, forgot things, lost pleasure attending her gym and Pilate classes and had disturbed sleep.  More than once she woke her husband at 3am to talk about it but after a few weeks’ her overactive mind and emotions settled down.  She was doing the right thing for her family.

But then one day she had a phone call – her son had been involved in an accident on his way to school.  He was being taken to hospital.  Would she please attend immediately?  She rushed to the hospital.  Her son had concussion and a leg fracture.  He would live.  Relief!  Though her relief was tinged with anger with her son for putting her through this stress.  Had she not been through enough?  Within a few days, she was back at the office.  Her son was well on the way to recovery.  She remembered reaching for the phone ready to take control again when she froze.  She could not move.  She could hardly breathe.  She felt as if her heart had stopped.  Her mind exploded with the thought, ‘What if it were my son who needed a kidney transplant?’  She wept convulsively.  It was partly due to the stress she had been through, but she suddenly knew she had got her values, principles and philosophy of life all wrong.  It did not take long for the thought to develop from, ’I can put this right.’ to, ‘I will put it right.’  She went home, phoned her husband and then her sister, ‘I will do it.  What do I do next?  When can I be tested to find out if my kidney can be used?’

The transplant did not take place straightaway of course.  Both her husband and children and her sister and her family were all involved in discussions, tears, blame and counselling as they worked through the implications of her decision.  Eventually all was agreed, the professionals confirmed she was a suitable match and this was the best option for her nephew, so the transplant was performed.

Years later, her nephew went to University and was a marathon runner and Harriet, fully recovered, looked back on the incident as a defining moment in her life.  She felt she had been drifting through life, all was successful, there were no problems and life was comfortable and easy.  At her crisis, she realised that her family and especially the life of a child was of far more importance.  Subsequently, she had reduced her work load, spent more time with her children and got involved in community activities that included being a volunteer at the hospital’s transplant centre.

Do you see what I mean about core beliefs?  Harriet, I suspect, would have said before these events started that she was a family woman who would put her sister and her family toward the top of her values list.  But when she was called on to practically show her family commitment she valued her own comfort, professional commitments and personal plans far more.  She had no idea that this was the case until a crisis developed.

This clash of core values can be the cause of stress.  In another family her refusal would have resulted in a huge family row or, more likely, a withdrawal from an active relationship.  Harriet was fortunate that her sister graciously accepted her decision even though she was deeply hurt.

This story illustrates that core values have a role in your everyday decisions but they have an even more significant role in your underlying attitude to life, your direction and what you see as your purpose for living.  They are not fixed for ever though; they can change as life develops, but it may well take a crisis to bring this about.

Can you guess where this is leading? 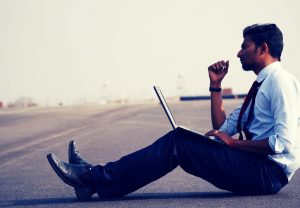 What are your core values?

What are the philosophical beliefs that are the bedrock on which you build your life?

It would be very helpful for you to know about your core values but, as I have said, they are not easily discovered – until a crisis calls on you to trust them as the basis for your decision making.  However, there is a way for you to discover something about them.  Are you ready for it?

Here is another short story for you to read.  Then you need time, at least 30 minutes but perhaps longer, even a week or more, to reflect on it and use your creative gifts to write the rest of the story yourself.  There is no hurry.  Reflect.  Continue to learn more about stress and how it impacts you.  When you are ready come back to this.

Here is the story:

Ian and Jess were comfortably off in their 40’s, their children had left home and they had time on their hands.  One weekend Ian went mountain walking with a friend.  He found the physical effort challenging, the danger exhilarating and the views stunning.  He trained and gathered all the correct equipment and mountaineering gradually became his passion.  Weekends were not enough so soon he was taking holidays to climb in the Alps and later the Himalayas.  Jess was not interested in joining him but was proud of his skills, abilities and stories.  In her mind she compared him favourably with their neighbour who was content to potter in the garden and who never walked farther than the village pub.  However, she did feel lonely at times and wondered if Ian ever remembered their young-adult plans to spend their holidays exploring Europe once their family responsibilities had eased.

Now it is over to you!

Make a list of the stresses that could develop in Ian and Jess’s relationship.  Then continue the story.  Use your imagination to write about what happened next and include some of the potential stress situations you have listed.  This is your story.  As you write think about what you allow yourself to include and what is forbidden.  When you have finished could you share the story with your partner or a close friend?  Ask them what the story reveals about you.

Did you not like that story?  Was it too far removed from your own situation?  How about using this one instead?

Chris had recently started his first job in a new city as an insurance surveyor.  He rented an apartment and was happily settling into his new role.  Life was exciting with new challenges, new friendships and new experiences every week.  He had no time for family and friends back home.  But then he broke his leg playing football.  That was devastating – 6 weeks off work and then he would still need a stick or even crutches.  It was lonely in his apartment on the second floor.  He had a flurry of texts as he shared photos of his injury but they soon dried up and no one visited.  He was bored and fed up with TV.  He began to feel depressed.  His leg was uncomfortable and he was not exercising much so could not sleep.  Then he learned that because of health and safety rules he would not be allowed to work until he could manage without any walking aids.  At least 3, maybe even 6 months! Was life worth living?

Now it is over to you!

Make a list of the stresses that exist or might lie ahead of Chris.  Change his gender if you wish.  Then continue the story.  Use your imagination to write about what happened next and include some of the potential stress situations you have listed.  This is your story.  As you write think about what you allow yourself to include and what is forbidden.  When you have finished could you share the story with your partner or a close friend?  Ask them what the story reveals about you.

Did you not like that story either?  Then how about making up your own story in its entirety and using that instead?

How about reporting what you learned about yourself?  Anonymously of course.

Even if you move on now, let what you have been considering simmer on in the back of your mind.  When you next analyse a stressful experience include a reflection on this topic.  Gradually you will develop new insights about yourself.  I suspect you will discover that the problems in some of the unresolved stress situations you have been through will come down to a mismatch between your own core values and those of others who have been involved in the situation with you.

Assessing your core beliefs and values and working out what a philosophy of life is all about may be a new experience for you.  It is time to move on to another topic.  But stop here for a while, for ages even, and explore this further.  See what you learn about yourself and how it helps you assess and manage the stresses in your life, the direction and the purpose of your life.

There will be more topics in Delving Deeper in due course but for now this module has ended.

Click here to continue to the next module, Uniquely You.